The Alexander Rock House is the last standing home of a framer of North Carolina's first Constitution and first Bill of Rights. Finished in 1774, the building is a testament to the craftsmanship and ingenuity of its creators, a reminder of the labor of enslaved people, and the last remaining structure of Charlotte’s Revolutionary history. At the homesite, we explore our shared history and plan for a brighter future by telling the story of early Charlotte and all those who called this space home.

The Alexander Rock House and Homesite

The Alexander Homesite was considered a small plantation, where crops and livestock were raised for sustenance and income. Tobacco was the primary cash crop, but corn, peaches, other foods, and textile crops like flax and a small amount of cotton were grown on the site. Livestock included cattle, hogs and pigs, chickens, and turkeys, as well as work animals like horses and mules.

There were 12 Alexanders living at the Rock House, plus boarders and visitors, and at least 17 enslaved people whose labors ensured the success of the farm. Combined, the Alexander Homesite tells the stories of at least 29 different people.

The Rock House is about 5,000 square feet and includes a full attic and basement. Both spaces were used for the same purpose they have today: storage. The stone walls of the Rock House are 2-feet thick at the widest part and were constructed with stone quarried from the property. Assembly and planning required an expert stonemason, but the identity of that person is unknown. The majority of the construction was most likely completed by enslaved people.

Artifacts found during archaeological explorations of the Museum property show that people have been on the land for thousands of years. There is no evidence of a permanent settlement prior to the construction of the Rock House in the 1770s, but artifacts like stone projectile points and ceramic fragments show that this place was used by Indigenous people for hunting, making points, and as a potential short-term campsite. 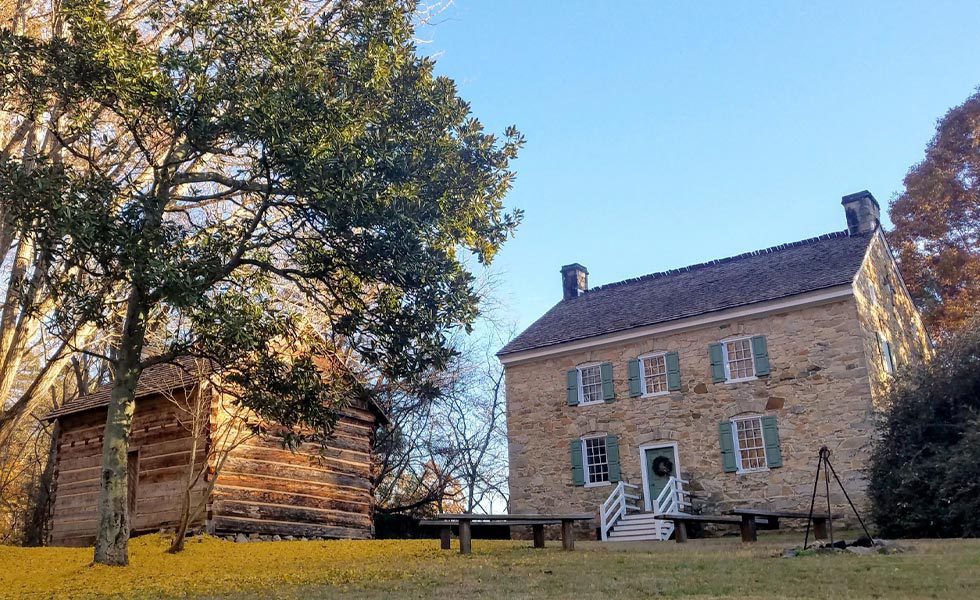 Who Were the Alexanders?

Hezekiah Alexander and his wife, Mary (Sample), were Scots Irish Presbyterians. They were both born in New Munster in Cecil County, Maryland in the late 1720s. They were married in 1752 and moved to the frontier of Pennsylvania with Mary's family. In about 1768, after more than 15 years of marriage, they relocated their family, including their first five children and a newborn Hezekiah Jr., to Mecklenburg County. This migration, from Pennsylvania and the more northern colonies to the Carolinas and Georgia, became known as the Great Wagon Road. Hezekiah and Mary eventually had ten children, all of whom survived to adulthood:

Hezekiah Alexander lived in the Rock House from the time it was completed in 1774 until his death in 1801. He is best known for his work during the American Revolution when he helped lead Mecklenburg County to independence, but he was also a planter and a blacksmith.

Enslavement at the Homesite

Through historical records, we know at least 17 people were enslaved by Hezekiah Alexander at the Rock House during his lifetime. For some, history only tells us their name. For others, available documents suggest their skills and roles, but our information remains limited.

Enslaved cooks like Bet introduced African-inspired dishes into southern cuisine and likely served them at the Alexander's dinner table. Isaac and other enslaved men traveled with William Alexander to Philadelphia and back to buy and sell goods to bring back to Mecklenburg County.

Enslaved men and women helped build this site and their labors ensured that the farm flourished, which made Hezekiah Alexander’s statesmanship and lifestyle possible. Here are their names:

Other Structures on the Site

The Kitchen: Wealthy landowners across the colonies typically had separate buildings for their kitchens. Fire was a very real threat, and kitchens often burned down. By using a separate building, the landowner’s house was protected in the event of a fire. We believe the Alexander kitchen burned down at least twice. The log kitchen is where an enslaved woman named Bet may have been a cook for the household. The kitchen on the homesite today is a reconstruction.

The Springhouse: Springhouses are the refrigerators of the 18th century. They use the cold water of a natural spring to keep perishable foods cool throughout the year. The spring that feeds this building has been running since at least 1767. The Alexander’s springhouse is unique because it is two stories tall. We believe the second story was used primarily for storage

Slave Quarters: Several archaeological investigations have attempted to determine where Abram, Nance, and other enslaved people lived. Often built far from the main house, slave quarters were constructed with logs, with a swept dirt floor, so the buildings often don’t survive the test of time. No evidence of slave quarters has ever been found through archaeology. The entire property encompassed 600 acres and crossed both Shamrock and Eastway Drives today, so it’s likely that evidence of enslaved quarters was covered by development long ago. This painting is of a cabin that stood in the 1930s that was theorized to be an enslaved cabin.

The Caldwell Barn: Barns were often used for storage of crops and tools. This property once included 600 acres of land (that’s 454 football fields!) so they would have needed three or four barns to hold all that corn, tobacco, and farming equipment. This barn is not original to the property but is original to the time period. It was moved to the site from a neighboring county in the early 2000s. 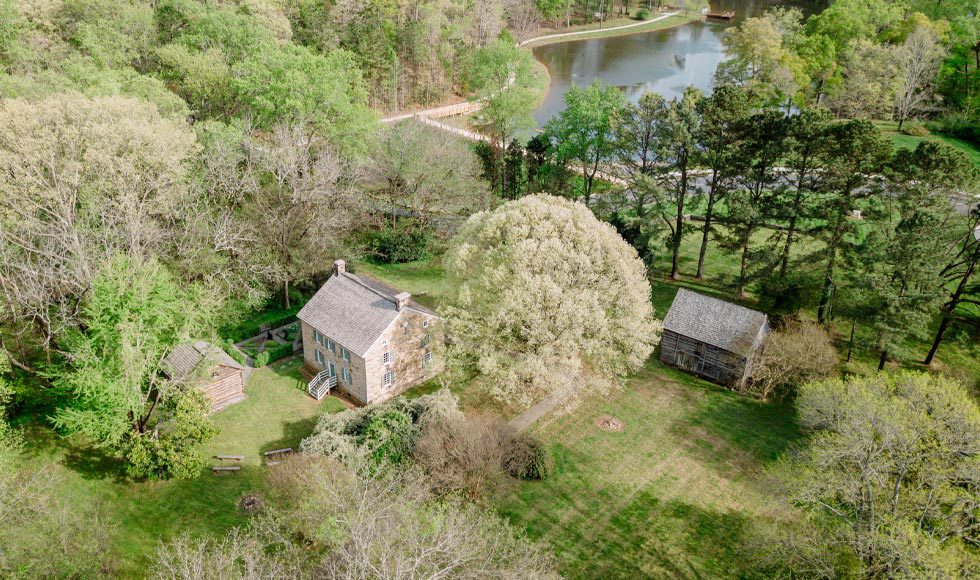 The Garden: Gardens like the one seen today were common in the 18th century for growing plants used for food preparation, hygiene and medicinal purposes, and in the creation of every-day tools. Many of these uses represent knowledge from all over the world, including Africa. They also incorporated knowledge of Indigenous people like the Catawba. The Alexander Homesite most likely included several gardens where food would be grown.

Today, the kitchen garden is maintained by the Charlotte Herb Guild. The Museum is grateful for their care and support.

The Creek: The creek running through the Homesite today is one of over 3000 miles of creeks across Mecklenburg County. In the 18th century, the creek was most likely much deeper and was the home of fish, turtles, and other wildlife. This would’ve been a small food source for those living on the homesite, as well as a place to bath in the warm months or even dispose of human waste – downstream, of course. It also provided water for livestock and crops. Today, it captures mostly run-off and only gets high during heavy rain.

Sign up to receive emails that keep you in the loop with happenings here at the Museum! Subscribe
Back to top
Back to top